What Is Solar Energy & How Do Solar Panels Work? 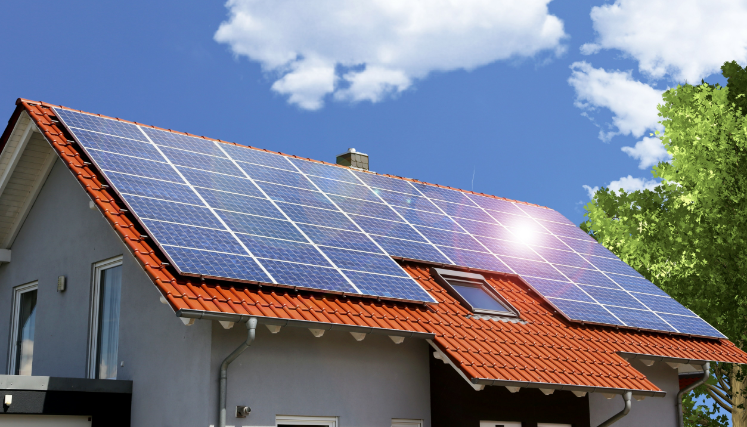 Sun is a constant source of energy that gives life to all living beings on the planet. With the decrease in fossil fuels or non-renewable sources, people are opting for solar energy as an alternate source of energy. Due to the drop in cost in solar energy installation and usage, both residential and commercial property owners are pleased to use them as an energy solution. But how do solar panels take the energy from the sun and convert it into a usable form of energy? Keep reading below to know more.

What is solar energy?

Why is solar energy considered renewable?

How do solar panels work?

Capture sunlight: Every solar panel is made up of a link of photovoltaic (PV) cells that capture light and convert them into solar electricity. As the solar panel charges the sunlight, these PV cells generate DC.

Solar cells will comprise a layer of silicon cells fit in a metal frame, glass frame, and connective wirings to let the flow of current in the cells. Silicon is a non-metal that allows it to absorb the current and transform it into electricity. As the light hits these silicon cells, it causes movements of photons and electrons, causing the generation of electric current. Known as the photovoltaic effect, this initiates the generation of DC or direct current. But only DC cannot be used to power all the appliances. In comes the inverter that is the next crucial part of the solar system.

There are different types of investors depending on the particular requirement. Few of the solar systems have a single inverter to run the complete system. Some others consist of micro-inverter connected to solar panels. Any inverter performs the same job of converting DC (Direct Current) from the solar panels to AC (alternating current). This form of electricity is used to power various appliances for both commercial and residential purposes.

Solar electricity powers various devices, machines, or appliances and makes it run without any depending interruptions. It functions similarly to regular electricity as you will not require additional modifications to the connections. Some residential and commercial structures use both traditional electricity, so that in case if you don’t have enough solar power, a conventional grid can give you the necessary power. But many places have bright sunny days regularly, and the solar system might generate more energy than needed. What will you do?

You may still think about the need to be connected to the more giant power grid while you have the power of solar energy. But it is helpful by allowing you to use only a sufficient amount of power and send the extra power to the larger grid with profitable returns. Taking care of the amount of energy required during the night or gloomy days, you can make excess profits by sending the extra point to the grid.

As homeowners and business owners realize the importance of solar energy and associated solar panels, it is the right time to associate with a reliable solar firm like Mybrighthaus. They are completely equipped with advanced technology to suggest, install and maintain your solar power systems (residential and commercial) for longer and ensure that you save the money and environment for the future.

How Often Should I Get the Roofing of My House Inspected ?
December 22, 2021

Which Type of Attic Insulation is Best? How Are They Beneficial
November 23, 2021

The Tremendous Benefits of Investing in Energy-Efficient Windows
October 30, 2021